Leeuwarden is known as the town of the Oldehove, the 16th-century leaning church tower. It is also the town of the Princessehof and Prinsentuin gardens, which recall the time when Friesland’s rulers had their seat of government there (1587-1747). Another imposing feature is the 2002 Achmea tower, a 115-metre landmark and a symbol of urban ambition.

Leeuwarden has been Friesland’s capital for over five centuries, but its history goes back far longer. It first developed as a settlement on three mounds in an extensive landscape of mudflats and salt marshes, on an inlet from the North Sea. The ancient mounds are still identifiable as raised parts of the city centre. From the late Middle Ages onwards the town’s central location amid clay, peat and sandy soil made it the heart of the watery province of Friesland, intersected by canals. Industrious outer districts extended into the countryside as arteries along the Vliet and Dokkumer Ee-rivers. In the nineteenth century the rural areas in between began to be filled up with a number of prestigious neighbourhoods, and above all many working-class districts. Leeuwarden became the centre of the agricultural sector, with its associated banks and insurance companies, and eventually ‘the smallest of the Dutch cities’, with higher vocational institutions, services and water technology as its main economic pillars.

The Historical atlas of Leeuwarden uses maps, cartographic reconstructions, paintings and photographs to illustrate the city’s history, which stretches back more than a thousand years. 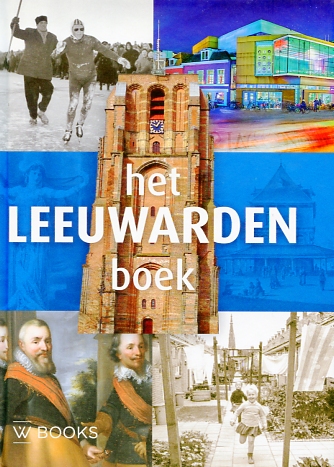